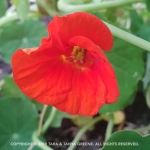 This week we are incredibly pleased to announce our First Guest Blog. With it being World Sepsis Awareness, we decided to get in contact with someone within our social media network community to find out if we could work together in helping to spread the word about this very serious life-threatening condition. We were so happy they said yes…..

This week we are incredibly pleased to announce our First Guest Blog. With it being World Sepsis Awareness, we decided to get in contact with someone within our social media network community to find out if we could work together in helping to spread the word about this very serious life-threatening condition. We were so happy they said yes.

29th December 2019 – We’re in Central Park NYC, me, my husband Dave, my son Oliver and my daughter Holly. We’re on the Christmas holiday of a lifetime. We have colds, as would be expected at that time of year, but nothing out of the ordinary.

3rd January 2020 – We’ve just switched my sons life support off, he has just died from Sepsis.

Early morning New Year’s Eve 2019, I got the call. My son is very unwell and an ambulance has been called. The paramedics have mentioned sepsis… He had a cold and woke up with diarrhoea and vomiting, how has he got sepsis?

I drove to the hospital, 45 minutes away, terrified the whole way.

He was still conscious when I got to the hospital, delirious but awake. He had developed a rash on his feet.

I could comfort him, tell him I loved him. But it was only a few minutes before he had a seizure and his heart started to fail. The last thing I said to him was ‘I Love You’.

Ushered out, left in a family room. No idea what is happening to my child, just waiting.

Numb. That’s how I felt at that point. It all happened so fast, how can he be fighting for his life?

What felt like hours passed, before they told us he was still alive. They weren’t really sure what was wrong with him, what the infection was, but he was alive.

Everyone was so nice to us. I should have known then that meant he was gravely ill.

It was another few hours before we were actually told how sick he was. He was in septic shock, his organs had started to fail, he was ventilated and the machines were currently keeping him alive. He was lucky to have even come back from his heart failing. He could die at any time.

He had one shot at surviving the sepsis and that involved an ambulance ride to Southampton PICU and hooking him up to 1 of 5 ECMO machines in the uk to try and save him.

The unit was prepped for our arrival, getting him on the ECMO involved putting 2 tubes into his body via his neck and joined to his heart. These tubes would remove his blood, clean it and put it back in his body.

He was now in their hands and we were waiting again.

After a few hours, he was attached to the ECMO and they had managed to get some blood flow going.

We were allowed to see him again. What we saw was a child twice the size of Oliver where they had pumped him full of fluid.  The sepsis bottoms out your blood pressure, so your limbs and organs do not get the blood they need, this is what can cause loss of limbs and eventually death.  The fluid was to try and keep all of his body going.

The next 3 days were spent holding my sons hand, watching every machine, listening to every beep. Constantly checking the numbers and hoping.

We were told on day 2 that if he survived, he would lose both legs and potentially his fingers. At this point, they were talking of him surviving, with or without limbs, this was the news we wanted to hear.

He started to improve in other areas too. His blood pressure was rising, he was taking some breaths on his own, we had massaged his hands so much that they were viable again and he was having some food put into his stomach.  We went for a couple of hours sleep that night a little more hopeful, but also cautious.

The caution was warranted as early that Friday morning we were told that his pupils were no longer reacting as they should and he needed a CT.

I was sat with him and something happened, the nurses mildly panicked. One of the nurses then said that there would definitely be something on the CT, they just needed to confirm what it was.

He was taken off to CT and then they returned.

They sat us down to tell us that he had suffered a stroke, a possible side effect of the ECMO, which had caused so much swelling in his brain that it had crushed his brain stem and he had died. The only thing keeping him going now was the machines.

We had to say our goodbyes to our beautiful 13 year old son. He wasn’t coming home with us.

That was the hardest day of our lives.

I lay with him. I put his arm over mine because it felt heavy, it felt like he was cuddling me back.

And it was time. The machines would be switched off and his heart would stop. It wouldn’t take long.

I looked for a sign that it had happened but there wasn’t one. He was just alive one minute and not the next.

I miss him every second of every minute of every day.

Nothing will ever be the same again. He should be here, living, enjoying life, being a teenager. But he’s not. And there is nothing fair or reasonable about that.

Sepsis took my child and there was nothing I could do about it.

I never knew the signs of sepsis or how important it was to ask ‘Could it be sepsis?’.  So many of the symptoms are similar to other conditions that it can be hard to spot. Knowing what they are and asking the question is crucial to keeping your loved ones alive. It can take hold so quickly.

Don’t go through what we and so many other families have been through. No one should have to go through this unimaginable pain from something which is completely treatable if caught in time.

It could save a life.

In loving memory of Oliver

Throughout the month is September we’ve been asking people to scoot for sepsis.

Oliver had a huge passion for his scooter. He would come home from school and rush off down the skatepark with his mates.

When he wasn’t down the skatepark he would be fixing his scooter, making vital alterations to his deck. He was scooter mad and was very passionate in explaining to us how he’d landed a recent jump and what it was called.

September is Oliver’s birth month. He would’ve been 14 this year had he survived sepsis.

Since Oliver’s passing we’ve decided that we don’t want other families to have to go through the same hurt and pain that we have.

We created scoot for sepsis to continue Oliver’s legacy of saving lives but doing it in a way that he would’ve loved, with his scooter.

Families from all over the UK and as far as Seattle, USA, have taken part in the campaign. Some sending messages of love for Oliver and others sharing the importance of knowing the signs and symptoms of sepsis.

His first #scootforsepsis post will be posted on the 13th sept to mark sepsis awareness day with numerous other posts detailing sepsis facts and symptoms going out in the following week. A special post will be sent out on Oliver’s birthday, 18th sept.

We’ve also set up an ‘always remember’ page dedicated to Oliver where all proceeds donated go to the UK Sepsis Trust.

Rachel has also enrolled on an open university course to study for a degree in psychology with counselling. After years of being interested in the subject, losing someone as we did changes your perspective and she decided not to waste anymore time.

She hopes to be able to help children like Oliver with her qualification.

She has started sharing her experience of loss and hopefully helping some people to know their grief is normal with her Grief Instagram page.

Still one of the most taboo subjects in our society, the more people normalise their grief, the more people will know that although their loss is incredibly painful, the way they feel is completely normal and all a part of the grief process.

This site uses Akismet to reduce spam. Learn how your comment data is processed.

My name is Tara Greene (my sister, Tanya Greene). We are from, and live in the UK. Life for my family and I has changed in a big way since September 2016. It has been a continual roller coaster of experiences, feelings and emotions. View all posts by Grief Probate Journey